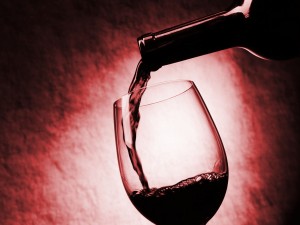 Growing up in a Christian home and church and attending a Christian school meant that the consumption of alcohol was looked upon as a sin and something that good Christians didn’t partake in. The only time it was really discussed was in relation to Jesus turning water into wine (John 2:1-11). The teacher or pastor discussing this miracle would often feel obliged to include the caveat that wine in Biblical times had much less alcohol content than modern wine. All of us good little students accepted this caveat without questioning what Biblical or historical evidence was used to reach such a conclusion. Biblically there is no evidence to support this and I will get to that point shortly. Historically there are references to diluted wine in ancient documents but I will also show how this doesn’t support the “weak wine” argument used by modern day Bible teachers seeking to hold onto their view that Jesus couldn’t possibly have created a strong drink at the wedding feast.

The Bible tells us not to be drunk with wine (Ephesians 5:18)0. It is pretty straightforward and something that Christians pretty universally agree on. This verse was also referenced a lot growing up to support the “drinking is okay but not to the point of getting drunk argument.” Fair enough but this most often led to the ancient wines had lower alcohol content argument. The implied lesson here for the student was that the reason all alcohol consumption is viewed as bad is because our modern wines are so much more potent. But are they really? The very admonition from the scriptures to not be drunk with wine would seem to be in contrast with the view that the wine of Jesus’ time contained hardly any alcohol. After all, how do you get drunk on something that has very little alcohol?

It is also rather silly to suggest, with no evidence, that Jesus would have turned water into wine that was of a much lower alcohol content than what the wedding guests had already been drinking. As if Jesus, being God and therefore omnipotent, was aware of our modern day Protestant sensibilities about alcohol and made wine that was only 3% alcohol. Is that really the best argument that can be made?

I would suggest that the strongest argument against the low alcohol content in ancient wine point of view came from Jesus himself and not in a passage that is often thought of when alcohol consumption among Christians is discussed.

The parable of the Good Samaritan (Luke 10:25-37) that Jesus used to communicate helping your neighbors contains one piece of text that destroys the “weak wine” argument. After the priest and the Levite pass by the man laying beaten along the road the Samaritan man comes along and offers assistance. This is the important part: He treats the man’s wounds with wine and oil. Why would he do that? Ancient peoples knew nothing of bacteria but they could certainly see the affects of it. The alcohol in the wine was able to kill bacteria and someone must have figured out that pouring wine over an open wound could help keep a wound from festering and becoming infected. This must have been common knowledge to Jesus’ contemporaries, otherwise it would have made no sense to reference it.

The really important part though is that it takes a high percentage of alcohol content before bacteria starts to die. Modern wine only has about 12 – 15% alcohol and would take 2 to 3 days to kill bacteria. Once the alcohol content of something reaches about 50%, bacteria begins to die within 30 seconds. So the argument that ancient wine didn’t contain much alcohol falls flat when you consider that ancient peoples were using it to kill bacteria. Evidence for this extends beyond the Bible as references to using wine to treat wounds can also be found in texts of the Roman Empire.

So it is pretty clear that the wine of Jesus’ day was likely just as strong as present day wine and quite possibly much stronger.

By this point in my blog post some of you are probably imagining that I am some kind of raging wino trying to feel better about the amount of alcohol I consume. Actually, I don’t drink at all. I have no interest in consuming alcohol but that is a personal choice and not one that I would try and contort into a sin issue for others. I would recommend that others do the same and the next time someone tries to tell you that Jesus turned the water into wine that wasn’t much different than grape juice, feel free to challenge them to find a historical or Biblical reference to support their claim.